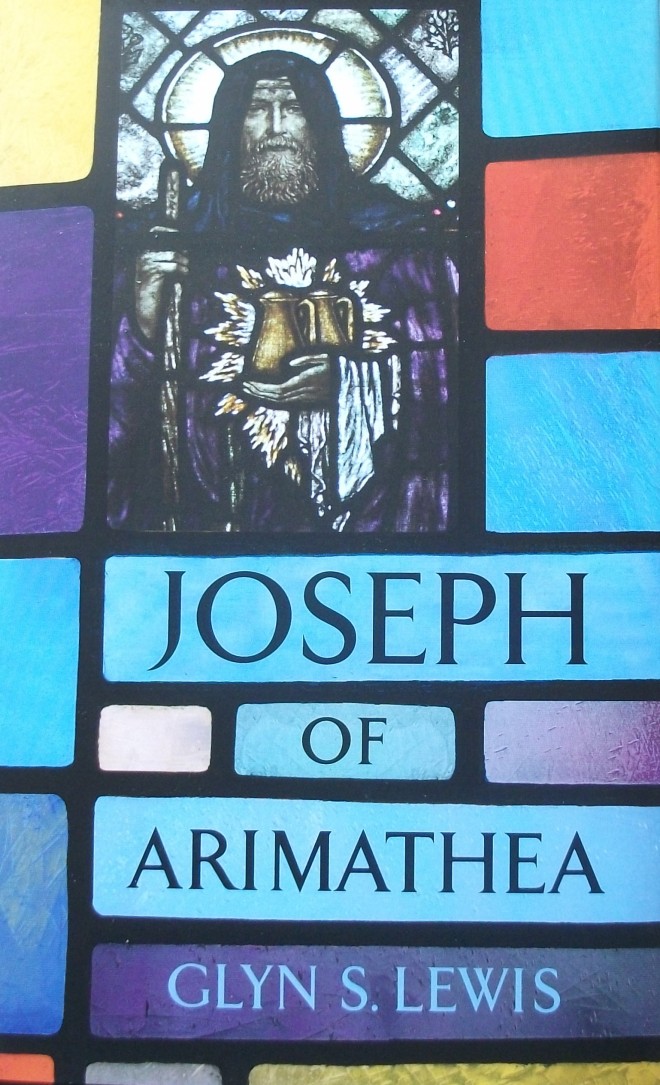 On page xii of this volume, the author makes the following comment: ‘Joseph of Arimathea is…perhaps someone of whom people know only fragments of his life and the traditions that surround him. The aim of this book is to bring these fragments together in order to provide as full as is possible a biography of Joseph of Arimathea’. It is an accurate summation.

The result? A work based on an unsubstantiated (but well-held) hypothesis. This states that  Joseph of Arimathea (He who donated the tomb in which Jesus Christ was placed after his crucifixion), subsequently fled from Palestine / Israel  and, after landing in Europe, came to Great Britain,  resided there and was eventually buried in a (perhaps conveniently?) unmarked grave. In this reviewer’s opinion, what has resulted could at best be described as a work of ‘Faction’ (defined as ‘Facts combined with Fiction’) where very limited ‘actual’ facts and large amounts of legend, tradition, circumstantial evidence and imagination have been combined. The story that results is one that could have been, might have been, but which equally may not have been. It is neither fish nor fowl; an idea looking for a home; dressed up as fact and presented as the same. It is an unusual and most-curious little volume.

A List of Illustrations appears immediately behind the Contents page. That section’s title is however misleading. and rather than referring to ‘pictures’ actually refers to the two maps, a pen and ink illustration and a church plan which appear at various places within the volume. The expected images are instead listed under a subsection on the same page. Titled Unnumbered Gallery Following page 56, the list replicates the captions appearing within the eight pages which comprise that section.  An Introduction follows. Within it, the author, by using scene–setting methods more-usually found in works of fiction, introduces the reader to his subject. That such methods have been used is perhaps prescient for what is to follow. The author then proceeds to create what he terms as ‘…As full as is possible a biography of Joseph of Arimathea’. This is done by means of five sections which function as Chapters. Within each section, subheadings provide additional information relevant to the section’s narrative. A single–page Bibliography placed after the last section lists books accessed while writing this volume, and is in turn followed by the Index, the volume’s final section. As previously-noted, the volume contains two maps (one of the reputed location of ‘Arimathea’ in Roman Palestine and the other of ‘Lake villages with respect to the flooded area of Somerset, and the Mendips’). There is however no large-area map of either the Roman Empire at the time of Christ (to show the journey that ultimately led Joseph of Arimathea to Britain), or a modern Ordinance Survey map of Great Britain to show where the various locations within the narrative are placed. Where (for instance) is Glastonbury (or even Somerset) in modern Britain?  Without such a map, the reader (especially those living outside Great Britain) is ‘flying blind’, and if wishing to visit the sites mentioned in the narrative, may have no idea where to look. Foreign readers / visitors especially, may find this problematical. Numerous quotes appear within the volume. They are however without citations as proof of their authenticity, and as a result, could possibly be imaginary. There is no way to know. The authority of the Bibliography is also questionable. Titles are mentioned in the text (that by Émile Mâle on page 77 being but one such example), yet the Bibliography carries no reference to either the author or the work. The example quoted is but one of several found by this reviewer. If such details are missing from the Bibliography, what else may also be missing, and from where; an entry in the Index perhaps? Again, there is no way of knowing.

This volume bases itself on legends, traditions, circumstantial evidence and hypothesis to reach a foregone conclusion, namely that, according to the author ‘…We owe Joseph of Arimathea a great debt of gratitude’. As previously-noted, for this reviewer, it is a work of ‘Faction’, a view that he retains.

This volume ultimately asks its reader to believe; to believe that the legends and traditions and imagined conversations that exist about Joseph of Arimathea (and, inter alia the ‘Arthurian/Avalon’ narratives, as they are intertwined), actually occurred. If these are held to be ‘true’, then the reader is likely to find this volume of considerable interest. If considered to be merely ‘myths’, then this volume is, at best, a rather-long fairy story.