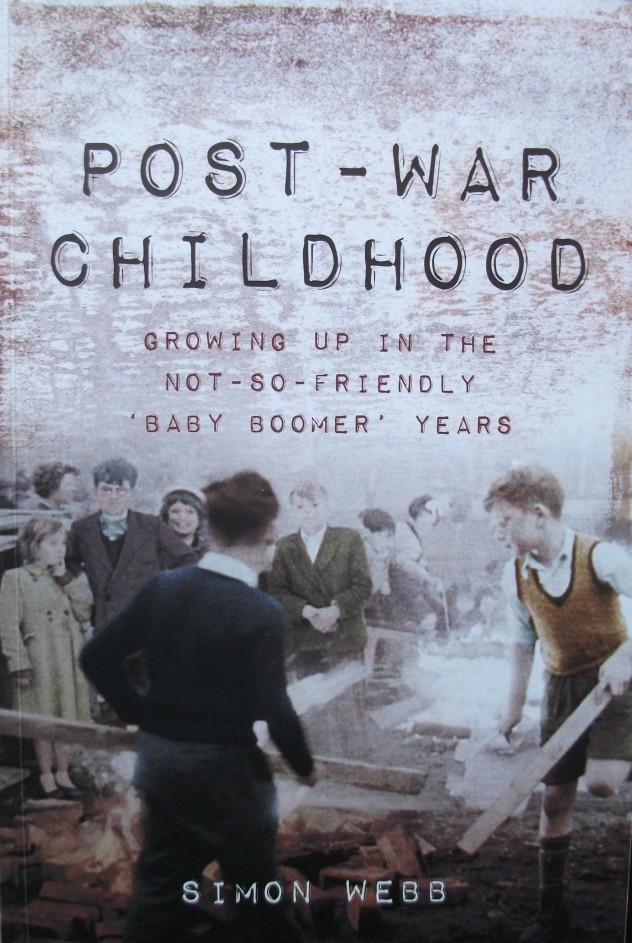 In the opening sentence of this volume’s Afterword, the author writes the following: ‘In this book we have looked at the strange myth which has been sedulously propagated over the last few years by baby boomers about the idyllic nature of their childhood’, He then adds  ‘That they should … half believe this nonsense is perfectly understandable’ . There is more in the same vein within the chapter and these statements summarise what is ultimately a very sour and unpleasant little book.

As can be seen by the subtitle, the focus of this this book is on the ‘Not-so-friendly ‘Baby Boomer’ years’, and the possibility that the well-held viewpoints of the ‘Baby Boomers’ of the title (defined by the author as being those born between 1946 and 1964) may be incorrect, This is a reasonable possibility and one would expect a reasoned and well-presented discourse as a result. What one finds instead is that the author’ is of the viewpoint that all the ‘Boomers say is exaggerated and viewed through increasingly rose-tinted glasses. It is a hypothesis looking for a home.  To prove (or perhaps justify) the correctness his hypothesis, the author then proceeds to locate, record and then destroy (largely, it should be noted, through use of derision),  all and any stories which might just suggest that there was an element of truth in what Boomer’s might be saying.  The result is unpleasant, derisory, bitter and resentful. It rapidly becomes evident that the author is determined to find incidents to support his preconceived ideas, while coming from a curious position of both moral superiority and self-justification. If there is a fault to be found, he will find it and expose it to the light of the Twenty-first Century values, where it can be derided and ridiculed. There is no objectivity.  The result does not make for good reading.

The main part of this volume consists of nine Chapters. These cover those aspects of British society which the author has chosen to investigate in support of his hypothesis. They are preceded by a List of Plates section. This repeats the captions placed under the 15 images appearing in a dedicated 8-page section within the volume. An Introduction then records both the reasons the work was written and summarises its narrative. An Afterword placed behind the last chapter justifies the author’s stance for what he has written, and is followed by a two-page Bibliography.  An Index completes the volume.

Due to the preconceived ideas of its author, this reviewer would suggest that this volume’s value as an ‘authoritative’ work should be treated with some caution. However, those seeking confirmation of similar ideas concerning Baby Boomers and their views, will no doubt find it useful. Baby Boomers themselves might find it of interest in respect of their younger years, although with the qualification that they might find the author’s viewpoint difficult to reconcile with their known realities. The photographs might also trigger reminiscences.

Due to the author’s very evident bias against his subject, this was not a pleasant volume to read. As a result, on a Rating Scale where 1: Very Poor, 10: Excellent, I have given it a 5.